Chad Smith and Chickenfoot (Sammy Hagar, Michael Anthony, and Joe Satriani) delivered a mighty sonic smackdown to a packed house at the 500 capacity Middle East club in Cambridge, MA on Tuesday. Chad and the boys are on a short "Road Test" tour hitting a handful of small clubs to promote their eponymous debut album to be released on June 5th. The 'Foot played a scorching two hour set featuring songs from the new record, as well as the Hagar-penned Montrose classic "Bad Motor Scooter" before closing with Deep Purple's "Highway Star". 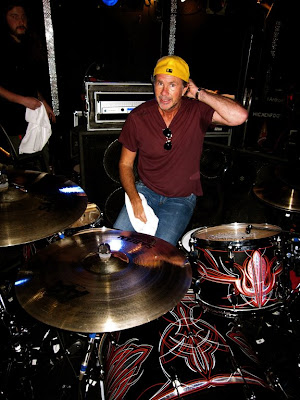 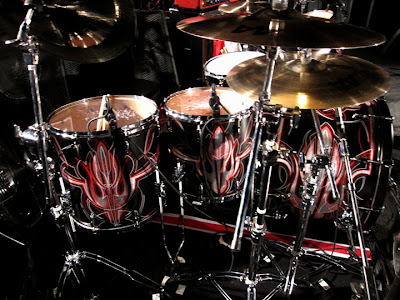 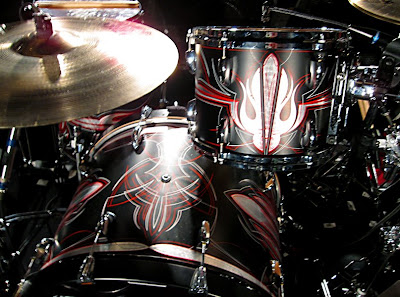 Chad invited me to soundcheck to see his new Pearl Masterworks Series kit with a stunning custom paint job by Nub of Orange County Choppers fame. The drums (w/ a 14x5.5" Sensitone Elite SD) looked and sounded fantastic and I was again reminded of just what a great drummer Chad is while the band jammed on songs by Hendrix, Zeppelin, and Neil Young. Chad says the Chili Peppers are reconvening in October to work on new material after taking a well deserved break following extensive touring in support of Stadium Arcadium. Wished you guys could've been there so I took these pics and a video to give you an exclusive close-up look at the drums and the band. Don't say I never do anything for you. Enjoy... 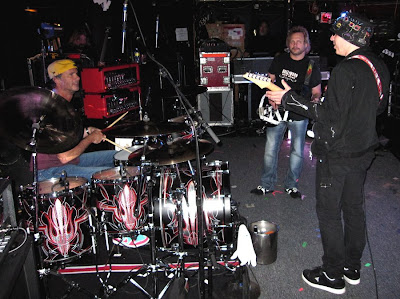